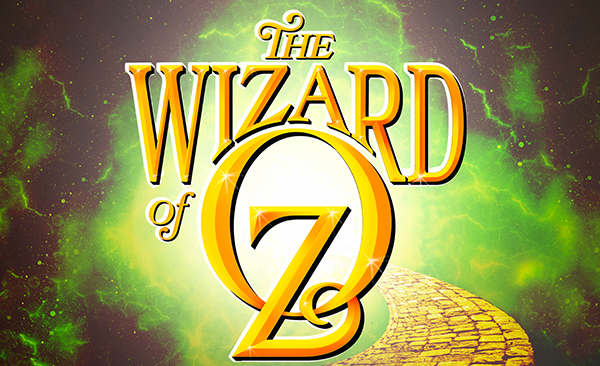 Dorothy Gale, a young girl living on a Kansas farm with her Aunt Em and Uncle Henry, dreams of escaping her mundane life (“Over The Rainbow“). The family’s mean neighbor, Miss Gulch, threatens to impound Dorothy’s cherished dog, Toto, so Dorothy and Toto run away. They meet up with kindly Professor Marvel, who subtly convinces Dorothy to return home. Suddenly a cyclone hits, and Dorothy and Toto, seeking shelter in the house, are transported to the Land of Oz.

In Oz, Dorothy meets Glinda, the Good Witch of the North (who has an uncanny resemblance to Aunt Em). Apparently, Dorothy’s house has landed upon – and fatally stricken – the Wicked Witch of the East. The Munchkins, now freed from the Wicked Witch of the East, celebrate and hail Dorothy as their new heroine (“Ding Dong! The Witch Is Dead/Munchkin Musical Sequence”). The celebration is interrupted as the Wicked Witch of the West suddenly appears, seeking vengeance. Unable to reclaim her sister’s shoes, which are now on Dorothy’s feet, the Witch vows to return and disappears in a cloud of smoke. Dorothy, seeking a way back home to Kansas, sets off to see the Wizard of Oz (“Follow the Yellow Brick Road”).

Along the way, Dorothy meets three new friends, each of whom lacks a crucial characteristic: The Scarecrow (“If I Only Had A Brain”) The Tinman (“If I Only Had A Heart”) and the Lion (“If I Only Had The Nerve”). Together, the four new companions make their way towards Oz (“We’re Off To See The Wizard”). The Witch attempts to sedate the travelers with a poisonous field of poppies, but Glinda reverses the spell with healing snowflakes (“Poppies/Optimistic Voices”).

The travelers, arriving at the Emerald City, are delayed by a stubborn Gatekeeper, but Dorothy’s tears convince him to relent and let them in (“Merry Old Land Of Oz”). As the group awaits its audience with the Wizard, the Lion boasts he is “King Of The Forest.” Finally, they meet the imposing and irritable Wizard, who demands the broomstick of the Wicked Witch of the West.

The four friends travel deep into the haunted forest. Suddenly, they encounter jitterbugs, who make them dance until they collapse from exhaustion (“Jitterbug”). The Wicked Witch’s flying monkeys swoop down, capturing Dorothy and Toto. At the castle, the Witch vows to take Dorothy’s life. Meanwhile, the Lion, Scarecrow, and Tinman infiltrate the castle disguised as Winkie guards. The foursome and Toto are reunited, but the Wicked Witch interferes, threatening the Scarecrow with fire. Dorothy, dousing the flames with a bucket of water, accidentally strikes the Witch, who smolders and melts into nothing (“Ding Dong The Witch Is Dead – Reprise”). The four friends, triumphant, take the Witch’s broom back to the Wizard.

The Wizard remains imperious and imposing, but Toto pulls aside a curtain to reveal a meek and ordinary man speaking into a microphone. The Wizard, revealed to be a “humbug,” nonetheless grants each traveler’s request, giving the Scarecrow, the Tinman, and the Lion each a token of his newly-acquired ability. The Wizard offers to take Dorothy back to Kansas in his hot-air balloon, but the balloon accidentally takes off, and Dorothy is left alone and crestfallen. Glinda appears and explains that Dorothy has always had the power to return home. All she has to do is close her eyes, tap her heels together three times, and repeat to herself, “There’s no place like home.”

Back in Kansas, Dorothy awakens, confused, with a bump on her head. Reunited with all her loved ones, and relieved to learn the storm has left Miss Gulch incapacitated by a broken leg, Dorothy shares the tale of her miraculous journey, celebrating the joy and healing power of home.