Jets take on Sharks at rumble in the park 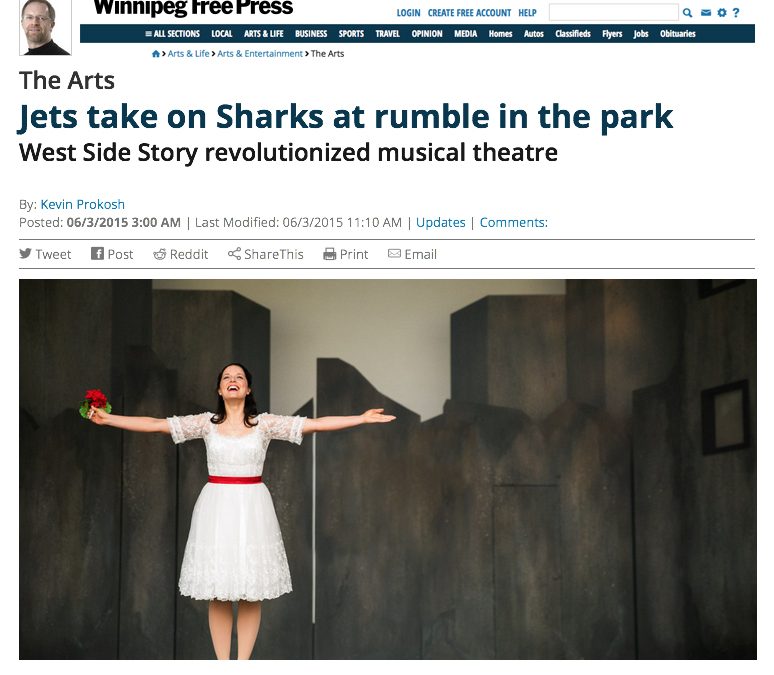 Canadian actor Kaylee Harwood believes in going to where the most interesting stage work takes her, and that can pile up the frequent-flyer points.

In 2011 that was Stratford Festival, where she played King Arthur’s wife Guenevere in Camelot and sang in the chorus of the rock opera Jesus Christ Superstar. The latter, by Andrew Lloyd Webber, was picked up by La Jolla Playhouse in San Diego and ended up on Broadway the following year. On Thursday she is making her first Winnipeg appearance as Maria in West Side Story at Rainbow Stage.