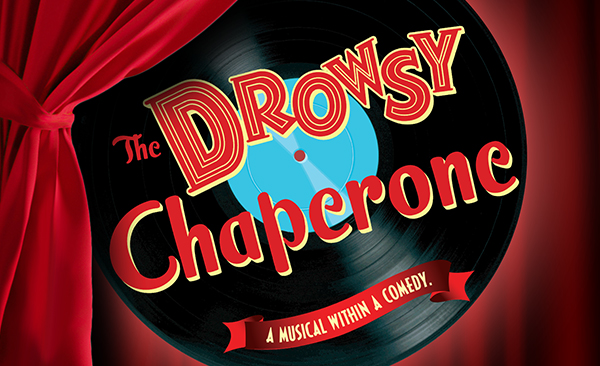 A charismatic man plays a record of his favourite musical comedy and it comes to life in his apartment.

“It does what a musical is supposed to do!
It takes you to another world.
And it gives you a little tune to carry in your head, leaving all of your worries  behind.”
– Man In Chair

WHO is it for?

Everyone who loves musicals….and even those who think they don’t!

WHY is it so popular?

Because it’s full of love, laughter and tears…tears from all of the laughter.

That beautiful time between JULY 2 – 19 when you carry on your favourite summer tradition with your family and friends. Obviously.

Winner of five Tony Awards, including Best Book and Best Original Score, The Drowsy Chaperone is a loving send-up of the Jazz Age musical, featuring one show-stopping song and dance number after another.   With the houselights down, a man in a chair appears on stage and puts on his favorite record: the cast recording of a fictitious 1928 musical. The recording comes to life and The Drowsy Chaperone begins as the man in the chair looks on. Mix in two lovers on the eve of their wedding, a bumbling best man, a desperate theatre producer, a not-so-bright hostess, two gangsters posing as pastry chefs, a misguided Don Juan and an intoxicated chaperone, and you have the ingredients for an evening of madcap delight.    Hailed by New York Magazine as “The Perfect Broadway Musical,” The Drowsy Chaperone is a masterful meta-musical, poking fun at all the tropes that characterize the musical theatre genre.

HISTORY:
The Drowsy Chaperone debuted in 1998 at The Rivoli in Toronto and opened on Broadway on 1 May 2006. The show was nominated for multiple Broadway and West End theatre awards, winning five Tony Awards and seven Drama Desk Awards. The show has had major productions in Toronto, Los Angeles, New York, London, Melbourne and Japan, as well as two North American tours.