A Tale Worth Revisiting 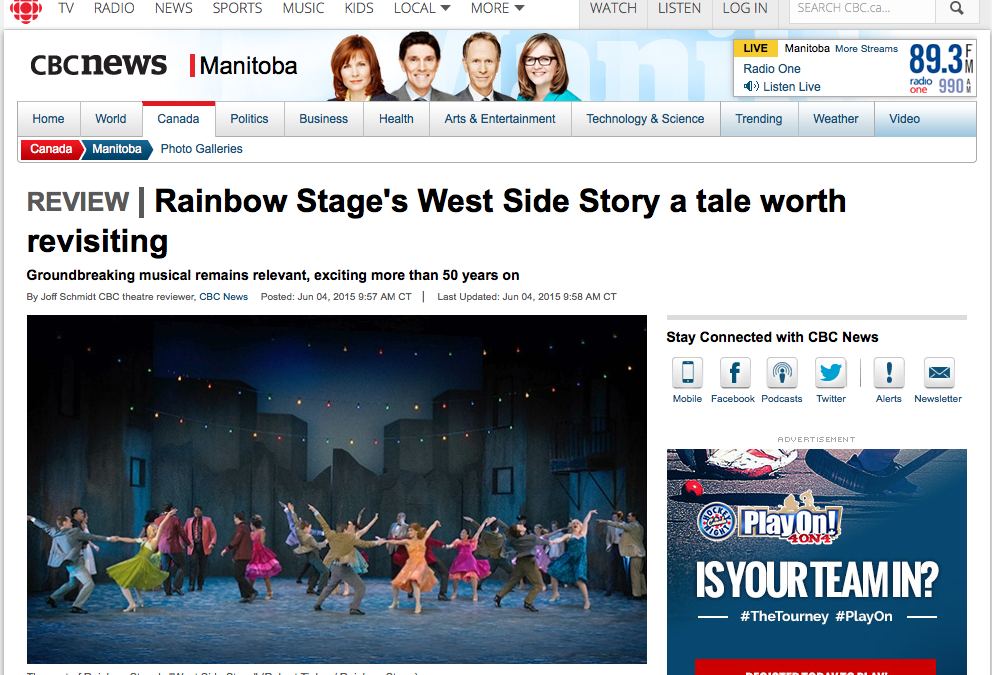 When West Side Story premiered, it changed the concept of what American musical theatre could do. It went on to become a cultural icon, inspiring an Oscar-winning movie and countless parodies, all decades before “Jets vs. Sharks” became a description of a professional hockey game.

So with Rainbow Stage bringing the show back (for the first time since 2002, and only the third production in the theatre’s 60-year history), the question is — does the 1957 musical still have the power to engage an audience?

And the short answer is that while it shows its age in spots, it remains depressingly timely, and arrestingly exciting.